C-THRU is a 3-year, US$4m, international research project which aims to deliver foresight on the future interventions and innovation opportunities in the petrochemical sector required to minimize greenhouse gas (GHG) emissions. This will be achieved by delivering the world’s most comprehensive, reliable and transparent account of current and future emissions for the global petrochemical sector. This account and the underlying modelling methods, tools and data will support strategic policy and business decision-making to promote the sustainability of the petrochemical sector, making it compatible with climate change mitigation goals.

Dr. King’s role in the research is to incorporate the petrochemical industry into a macroeconomic model such that we can understand the economic feedbacks (debt, costs, wages) of low-carbon changes to that industry.

The Energy Infrastructure of the Future Study (EIoF) (Energy Institute, University of Texas at Austin)

Interdisciplinary initiative to understand the cost and impacts of changing the mix of technologies used to provide energy within the United States.

The flagship product is the online interactive Energy Futures Dashboard.   This interactive product was developed by the Energy Institute to illustrate future pathways of energy infrastructure by leveraging insights from research and data from multiple federal agencies. The dashboard allows users to create their own scenarios for one of 13 U.S. regions for the year 2050. By varying the range of inputs and selections, users can produce energy infrastructure models with three key objectives: the mix of electricity generation sources, the percentage of light-duty vehicles that are electric, and the percentage of households heated by natural gas and electricity.

See the EIoF website for a disclosure of sponsors.

The Full Cost of Electricity (Energy Institute, University of Texas at Austin)

Interdisciplinary initiative to identify and quantify the full-system cost of electric power generation and delivery – from the power plant to the wall socket – to inform public policy discourse with comprehensive, rigorous and impartial analysis.

Integrated Modeling of the Land Use, Water, and Energy Nexus of Brazilian Biofuels Expansion under Climate Change 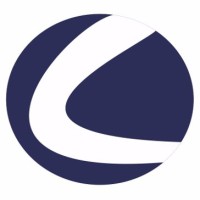 CLIMA is a research platform seeking to inform Brazilian and international stakeholders on the social and environmental impacts of biofuels expansion in Brazil.

The platform relies on integrated modelling and interdisciplinary research of energy, land use and water topics. Using a broad set of policy scenarios until 2030 we aim to identify possible synergies between those sectors while avoiding negative trade-offs, for example, impacts on food demand prices due to increasing demand for biofuels. CLIMA covers a broad set of issues, from local to macroeconomic scale: water resources and availability for biofuel feedstock production under drought, potential for food versus fuel competition, or the effectiveness of new second-generation biofuel technologies to mitigate deforestation pressures and other land issues.

The time frame for our focus is 2030. Therefore, CLIMA integrates climate impacts on crop productivity to also understand medium-term adaptation needs in biofuels and agriculture sectors. 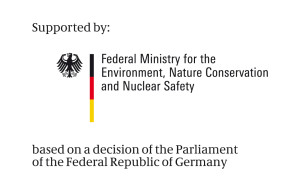 Sponsor: Energy Theme of the Jackson School of Geosciences,

The Energy-Water Nexus of Maui Island

Collaborator: Dr. Michael Webber of The University of Texas at Austin

Current and Past Sponsors

To maintain clarity and avoid issues related to conflicts of interest, the following is a list of current and past project sponsors of research and/or consulting projects in which Carey W. King has been involved (in alphabetical order):