Essentially every energy analyst and energy economist should understand the results of this paper.

The findings of this paper have important implications for economic modeling in that the paper helps explain how fundamental shifts in resources costs relate to economic structure and economic growth.

This is a summary of a my publication in Biophysical Economics and Resource Quality:

One of the major driving influences of the research behind this paper comes from a mixture of ideas from Charlie Hall and Joseph Tainter.   Hall (an ecologist by degree)  is seen by many as “Dr. EROI” where EROI = ‘energy return on energy invested’ is the most-common ‘net energy’ term for a calculation for how much energy you get for each unit of energy you use to extract energy.  Tainter (an anthropologist) appreciates the concept of net energy and has applied it qualitatively to describe that more net energy and gross energy is required to enable the structure of ‘complex’ societies (mostly, but not entirely, in a pre-industrial context):

“Energy gain has implications beyond mere accounting. It fundamentally influences the structure and organization of living systems, including human societies.”

WHY DO WE CARE?    Complexity … redundancy versus efficiency … equality versus hierarchy …

The reason why we care to understand the state of the economy, or other complex systems, in terms of efficiency and redundancy (or resilience) is that more efficient systems (that produce more output for increasingly fewer inputs) are also brittle.  If conditions change, they are less able to adapt.  The same conditions that allowed them to greatly increase output with fewer inputs also force them to greatly decrease output when those fewer inputs are no longer available (e.g., oil imports are embargoed).

In this paper, I put Tainter and other ideas relating to tradeoffs of “efficiency” and “redundancy” to the test.  I did so using the concepts of ecologist Robert Ulanowicz, who has for a large part of his career worked on calculating the ‘structure’ of ecosystems using an information theory approach.  I was immediately convinced that Ulanowicz’s framework could be applied to economic data to test Tainter’s concept and also test if there indeed was any relationship we could see between net energy and the economy.

Thus, my paper describes the changing structure of the United States’ (U.S.) domestic economy by applying Ulanowicz’s information theory-based metrics (with some added twists I felt necessary to be more precise) to the U.S. input-output (I-O) tables (e.g., economic transactions) from 1947 to 2012. The findings of this paper have important implications for economic modeling in that the paper helps explain how fundamental shifts in resources costs relate to economic structure and economic growth.

The results of this paper (summarized in Figure 1) show that increasing gross power consumption, as well as a less spending by food and energy sectors, correlate to increased distribution of money among economic sectors, and vice versa.

In short, the ideas of Hall and Tainter appear to be true: the U.S. economic structure does change significantly depending upon (1) the rate at which we consume energy (e.g., power as energy/year) and (2) the relative cost of energy (and food)!!

I will now explain in more detail how to understand the results in Figure 1 (see Appendix at the end of this blog to understand how the calculations work).   In Figure 1, the “Net Power Ratio” (NPR) is a metric of “energy and food gain” that is larger when energy and food costs are lower.  Its definition is: NPR = (Gross Domestic Product) / (Expenditures of Energy and Food sectors).

Figure 1. After 2002, when energy, food, and water sector costs increased after reaching their low point, the direction of structural change of the U.S. economy reversed trends indicating that money became increasingly concentrated in fewer types of transactions.

The information theory metrics indicate two time periods at which major structural shifts occurred:  The first was between 1967 and 1972, and the second was around the turn of the 21st Century when food and energy expenditures no longer continued to decrease after 2002.

The change in trend around 1967 (could possibly be described as 1972) is that equality shifts from increasing to decreasing.

From 1945 until 1967/1972, both equality and redundancy were increasing.  The U.S. was increasing its power consumption (e.g., energy/yr) at about 4%/yr. That is to say, the U.S. economy was booming after World War II gobbling up more and more energy every year at a high rate because energy (e.g., oil) was abundant and getting cheaper by the day.

Increasing equality means that over time each sector of the economy was coming closer to the condition that each sector had approximately the same total sales in a year.  That is to say, the sales of the “construction” sector were becoming more equal to the sales of the “aircraft and parts” and “amusement” sectors.  Some sectors would sell less over time (e.g., “farming”) and some sectors would sell more (e.g., “metals manufacturing”).  This makes sense because some “new” sectors have practically no transactions in 1954 whereas they are more integrated into the economy in 1967 (e.g, “aircraft and parts” and “amusement”).

Increasing redundancy means that over time each sectoral transaction (e.g., “farms” to “metals manufacturing” or “oil and gas” to “machinery and equipment manufacturing”) was becoming more equal.  This again makes sense because some “new” sectors have practically no transactions in 1954 whereas they are more integrated into the economy in 1967.

The structural shift in the U.S. economy can be explained by a few things that came to a head in the late 1960s and early 1970s:

One of the theories of ecologists (e.g., Howard T. Odum and Robert Ulanowicz) is that systems must have some “structural reserves” in existence to be able to respond to resource constraints or other disturbances that might occur in the future.

The major change that occurred in 2002 was that energy and food no longer continued to get cheaper.  If you’ve followed my work, you know this already (see my blog from 2012)!!!  As I’ve stated in even more detail in my papers in 2015 (Part 2 and Part 3 of 3-part series in Energies) this is the defining macro trend of the Industrial Era (no, really …).

So after 2002, the U.S. economy (and by my inference, the same thing is happening in each world economy overall) had to shift money into FEWER sectors and FEWER types of transactions.

APPENDIX: How to interpret the results in Figure 1 via the methods of the paper. 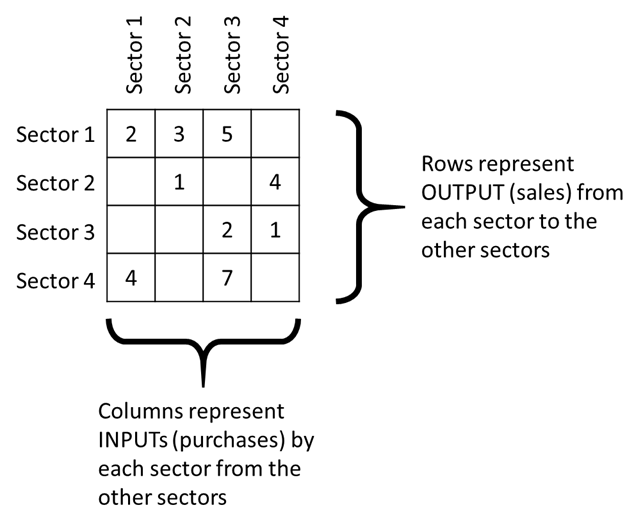 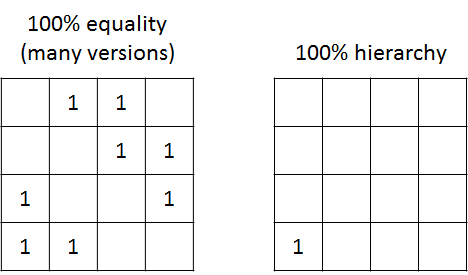